Microsoft Preview The Xbox One Dashboard

Microsoft have been rather guarded as far as letting us see the Xbox One’s user interface. It demonstrated the UI at the unveiling and then at E3 but only in very small doses. However, the company is now starting to focus on this aspect of the console, showing off the dashboard at Gamescom 2013. Although what was shown was not the final design, it gives us a good idea of what to expect when it is released in November. 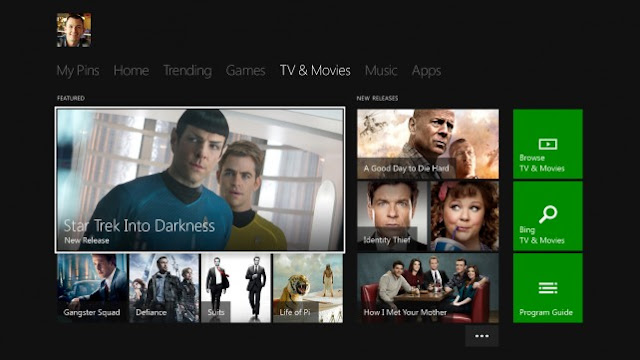 The flat menu design makes it look more like a normal Microsoft experience and it all starts with a log in. The Xbox One allows six accounts to be signed in simultaneously, with Kinect able to tell the difference between the users just by the sound of their voice.

Microsoft is also making good use of the console’s IR blaster. The Xbox One is able to control individual components that make up a home theater, for example a TV or receiver. It recognises commands such as “Xbox, volume up”. Like a Harmony remote, you simply need to search for a device rather than trying to deal with codes or long-winded menus.

It is also possible to record the last 30 seconds of gameplay by simply commanding the console “Xbox, record that”. The captured clips can then be shared through a variety of video services via a dedicated Upload app that can be attached to the side of your screen.

As the November release date gets ever nearer, then no doubt more information will surface and we’ll update you as it comes through.

Microsoft Preview The Xbox One Dashboard Harshavardhan Reddy 2013-08-23T22:30:00+05:30 5.0 stars based on 35 reviews Microsoft have been rather guarded as far as letting us see the Xbox One’s user interface. It demonstrated the UI at the unveiling and the...
Share this with short URL Get Short URL
TechBuzz