The next laptop you buy with a USB-C port could be even more useful than you thought. Intel today unveiled Thunderbolt 3, which uses an identical port design as its USB brethren. So if Apple sticks with its new MacBook design, for instance, it's possible you won't need an adapter to hook up external hardware via Thunderbolt. It's a step towards simplifying the often messy sea of ports found on laptops and PCs, and should make the standard accessible to a larger group of people than before. Thunderbolt 3 offers more than just port convenience, however. It'll also deliver a 40Gbps connection over Thunderbolt, which is double the speed of Thunderbolt 2, 10 Gbps USB 3.1 and DisplayPort 1.2. 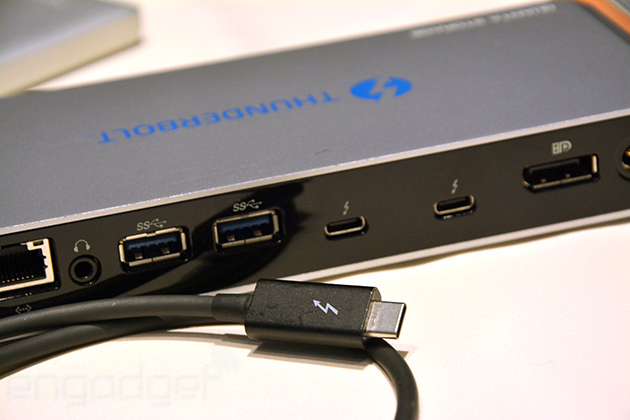