DROWN can crack HTTPS In Less Than A Minute

Expert have warned that Websites could be exposing themselves to an attack that can break and exploit HTTPS encryption protections in less than a minute.

Yep, that’s right. There’s another branded exploit out there, and this one is causing more concern than most. More than 33% of servers worldwide are vulnerable to an attack that can decrypt secure HTTPS protocol communications, such as credit card numbers and passwords, in less than a minute. 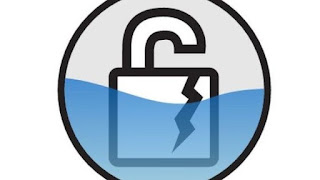 “DROWN stands for Decrypting RSA with Obsolete and Weakened eNcryption, allows an attacker to decrypt intercepted TLS connections by making specially crafted connections to an SSLv2 server that uses the same private key.”

It works against HTTPS by sending specially crafted packets to a server, or if the certificate is shared on another server, effectively performing a Man-in-the-Middle attack.

Unfortunately, there’s little to nothing that end users can do to protect themselves against the effect of a DROWN attack, as the issue is server based in nature.
Read More

eSim and its Affects

What is an eSIM?
When the eSIM becomes available, it’s going to be an electronic SIM card that is not going to depend on the old method of introducing it to a device to work; it will already come built into the device. It’s a new standard from the GSMA, and the information it has is going to be rewritable or submissive by all operators.

Advantages of the eSIM
The advantages that the eSIM is going to offer users is that it is going to make things a lot easier when we want to switch carriers or data plans within our current carrier. You will also save a lot of time if you ever wish to change your carrier since it can be done with a simple phone call.

Upgrading devices is also going to be a lot easier. For example, let’s say that your current device uses micro SIM, but the device you want to get uses nano SIM. In this situation switching devices and info can be a real fuss. With eSIM all you have to do is register the new device, and you’re done!

Telco Profiles in the eSIM
The eSIM is going to hold the profiles of all of the associated companies, but only the ones you are using will be activated. Each profile will be a different company, just like every traditional SIM has its own carrier. It’s these profiles that are going to allow you to also have lines from a different carrier, just like you would in a device with two or even three SIM cards in the same device. For now, you can only have one profile activated, but the idea is to have multiple profiles running simultaneously.

The End of Roaming
You can also say goodbye to roaming because once you land in a foreign country, you can easily get a local line while still having the line you’ve always had back home.

The eSIM craze is going to have two parts. The first part is going to affect the wearables, tablets, and other devices, while the second part is going to be exclusively for the smartphones. Thanks to the eSIM, you are going to be able to connect multiple devices to a single plan with the carrier you have chosen. We still have to wait and see when the second part starts, but some say that it will start in June while others say that it will begin by the end of 2017.