The mouse is one of those computer accessories that did not change much over the years: it became less bulky, it turned optical and eventually wireless. But its core concept remained virtually the same.
This new Kickstarter project called Skymouse changes the desktop mouse for good, by literally placing cursor control on the tips of your fingers. 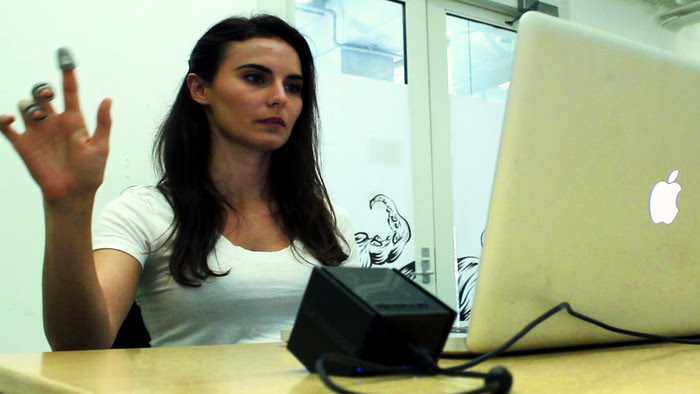 So how does this work? Developed by Los Angeles based designer Eliott Ephrati, the Skymouse system practically turns your fingers into the mouse.
The system uses an infrared camera and LEDs to track the movement of your fingers. Well, not actually of your fingers, but of the four pointers you have to wear on your fingertips. An algorithm then translates these movements into direction and velocity commands to the on screen cursor.

While the four pads may be a bit uncomfortable when you’re typing, Ephrati has plans to further develop the system so as to work just as well with naked fingers.
The entire Skymouse system is very easy to set up and is ready for use out of the box, requiring no drivers and no software. All you have to do is connect the USB cable and the system is good to go.
Skymouse can also recognize all pre-programmed commands, which include the basic left click, right click, scroll and middle click. But more advanced users will have access to a developer kit that will allow them to create their own custom gestures and commands.
Ephrati has taken his invention to Kickstarter, where he is planning to raise $80,000. Backers can get their own Skymouse for as little as $70. First shipments are scheduled in April next year. 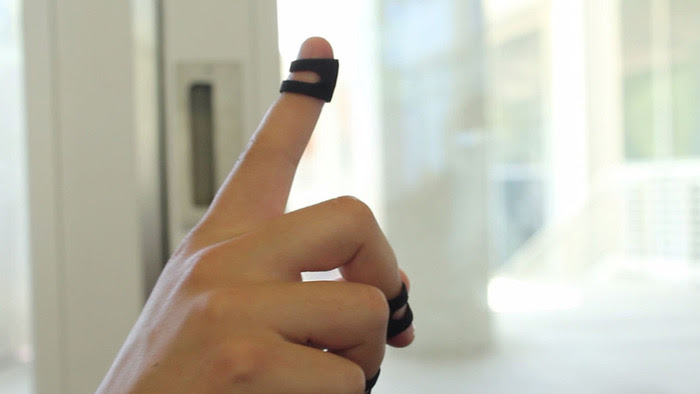 Skymouse is not the first project that plans to make computer remote control easier and it will likely face some serious competition from Leap Motion, a system that uses Microsoft Kinect to scan your body’s movements and translate them into commands.
But since the market for such technologies is still budding, we’d say there’s plenty of room for everybody. What do you think? Can Skymouse survive the competition?

Skymouse Recognizes Fingertip Gestures Harshavardhan Reddy 2013-07-20T18:56:00+05:30 5.0 stars based on 35 reviews The mouse is one of those computer accessories that did not change much over the years: it became less bulky, it turned optical and event...
Share this with short URL Get Short URL
TechBuzz