Jelly Bean is now used on just under 38% of all active Android devices. The latest figures show which versions of Android are actually being used in the real world, have been published by Google. This new data shows that Android 4.x, which includes Ice Cream Sandwich and Jelly bean, runs on over 61% of devices, while Jelly Bean itself (Android 4.1 and Android 4.2) runs on just under 38% of devices. 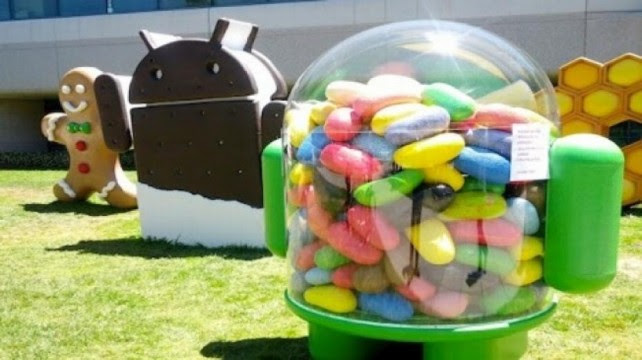 This is the first time that Jelly Bean has taken the lead from the Gingerbread operating system, which has stayed active even though it has been superseded several times. However, Gingerbread’s use is in decline, at the beginning of this year Android 2.3 was running on just under half of all active Android devices and Jelly Bean had just a 10% share. Ice Cream Sandwich was popular with just under 30% usage. If we skip forward six months in time, now Jelly Bean is king having taken the lion share from Gingerbread and Ice Cream Sandwich.
Google generates these numbers based on “data collected during a 14-day period ending on July 8, 2013″ and use Google’s new counting method. Since April 2013, the data now contains the number of devices that are used to visit the Google Play Store, rather than any device that simply checked-in to Google servers. Google have said that this is a more accurate way to count the users who are actually active in the Android sphere.  As for the rest of the field Android 2.1 and 2.2 are still used on 4.5 % of devices while Android 1.6 Donut and Android 3.2 Honeycomb barely register at less than 1% (0.1%). The reason for Gingerbread’s longevity is likely because of its low system requirements. It is still possible to buy low end Smartphones running Gingerbread today. Since it can run on devices with only 256MB of memory and it doesn’t need a very fast GPU then for emerging markets it is still a very viable option. How long it will remain that way is unclear, however the fact that Jelly Bean has finally taken the lead coupled with Android 4.x runs on over 61% of active devices, it seems that the end is almost upon Gingerbread…Ah well, it had a good run.

Jelly Bean Overtakes Gingerbread Harshavardhan Reddy 2013-07-10T18:59:00+05:30 5.0 stars based on 35 reviews Jelly Bean is now used on just under 38% of all active Android devices. The latest figures show which versions of Android are actually bei...
Share this with short URL Get Short URL
TechBuzz