Taking a whole new approach to the whole smartwatch business, this piece of wearable tech is equipped with almost any feature imaginable, turning it into a smart digital companion.
The EmoPulse Smile could be described as a wearable smartphone, but it is actually so much more. It is also a smartwatch, a news and social network feed, a gaming and entertainment hub, and your very own personal assistant, all wrapped in an impressive bracelet design. 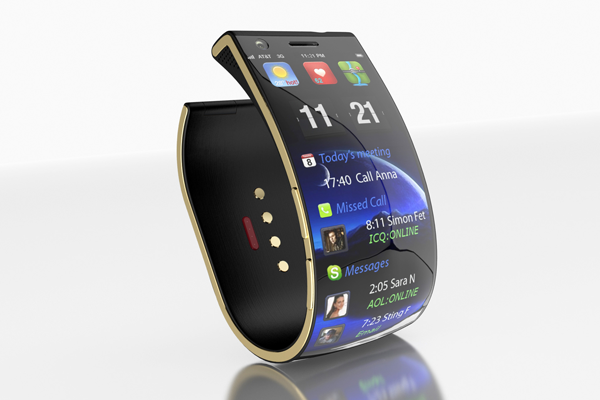 Features
The gadget is basically a twin display that uses full-color OLED technology. The displays are protected by an aluminum enclosure with shock- and water-resistant glass. It does not run on Android of iOS, but on a custom Linux operating system.
The AI system was designed so as to allow the device to learn and adjust its processes and features based on the users’ preferences. With the help of embedded biosensors, the Smile gathers information about the wearer and based on the collected data, it automates some of its processes.
The device will thus be able to learn 7-8 times faster than other systems. For instance, after you’ve watched two or three movies, the EmoPulse Smile will be able to recommend other films you might like, based on your emotional response. The gadget can do this with other types of media and it can also adjust its recommendations if your tastes change.
The Smile’s biosensors can be used to monitor your physical activity and workouts, but also your diet and health. They will also be able to determine if you’re relaxed or stressed. Based on the readings, the gadget will suggest a course of action.
Moving further into the world of sci-fi, the gadget can also control your sleep stages and dream times and also let you know when it’s time to get some rest or some exercise. The device will hold off all your calls and messages when you’re asleep and can even change your Facebook status to “sleeping” so that you can get some rest undisturbed. 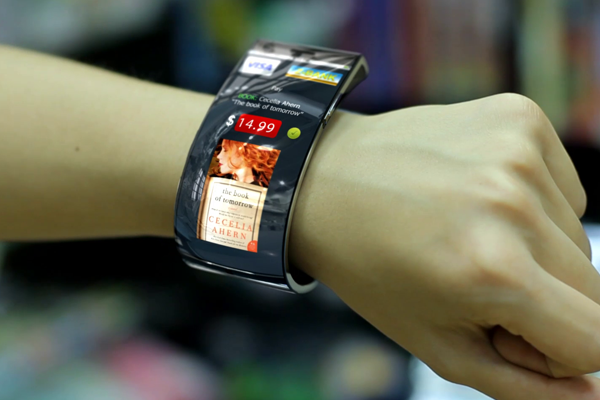 Technical specs
The EmoPulse Smile will be powered by Texas Instruments’ high-speed OMAP5 processor with built in HD graphical processing. It has 2GB system memory and is available in two storage capacity versions: 128GB and 256GB.
The gadget also has three cameras and three microphones, it is Wi-FI and NFC enabled, and is equipped with nano-SIM cart slot, USB 3.0, Purepath audio technology, voice recognition software and others. The Smile is powered by a 2,500 mAh battery that can last two days of intensive use and 7 in power-saving mode.
The device is still in a prototype stage and manufacturers have launched a crowdfunding campaign on Indiegogo to raise $300,000 for mass production. The company is already taking pre-orders for the gadget, with the first finalized models expected to go into production by the end of the year. Indiegogo backers can get a 128GB version for a $480 pledge and a 256GB version for $550.

EmoPulse Smile: Your Smart Digital Companion Harshavardhan Reddy 2013-07-01T18:58:00+05:30 5.0 stars based on 35 reviews Taking a whole new approach to the whole smartwatch business, this piece of wearable tech is equipped with almost any feature imaginable, ...
Share this with short URL Get Short URL
TechBuzz