Google has been granted official permission to develop its plans in the USA to use portions of the unused television broadcasting spectrum for broadband Internet access.  This method is typically used for remote areas where traditional cable hookups cost far too much money.
White Space Database called “TV white space,” are those unused broadcasting frequencies that have been eyed up in the last several years as a potential way to distribute broadband Internet to users who can’t get it because they live too far away from cities and towns where appropriate communication infrastructure and facilities exist. 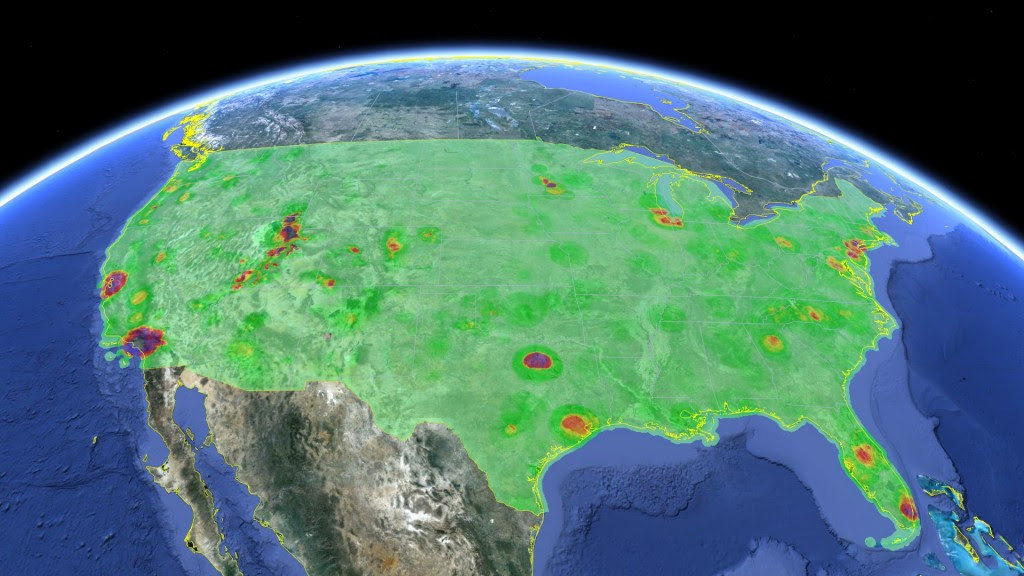 Google has been seeking certification from the Federal Communications Commission (FCC) to become a certified database administrator for those segments of  TV white space across the United States of America.  That final certification from the FCC has now been confirmed as Google’s database of white space has recently been accepted by the commission, according to a post by Alan Norman, principal of Google’s Access team, on the Official Google.org Blog on June 28th 2013.  This certification of Google as a database administrator means that the company will be able to provide information to service providers about which areas of the TV white band will be available for providing Internet use.
“This is an exciting step forward,” wrote Norman. “With FCC certification, we can do more to help make spectrum available. We are ready to work with leaders in the wireless industry – those developing certified devices that can talk to a database – to help them gain access to TV White spaces spectrum to help bring new technologies and services to market…Our database has already helped to show that there is available spectrum out there – if you know where to look,” wrote Norman. “For example, we used the database to help visualise available spectrum in Cape Town, South Africa, and Dakar, Senegal and with spectrum-sharing enabled by a database, multiple users can share spectrum, accessing what they need when they need it, and allowing others to use it when they don’t.”
Google’s white spaces database is available for public viewing on the Google Spectrum Database Web page.  In March 2013, Google launched a trial white space project in South Africa where the company wants to see if it can use the same idea to bring Internet access to more communities inside the developing nation.  The idea for utilizing the unused TV white space is not new and originally came about way back in 2008, when Google saw it as a possible way to push internet access to rural areas in the United States where getting such service was difficult and extremely expensive.
Google often work on projects that aim to expand the availability of Internet access around the world.  Here i reported last month that the company announced that it is experimenting with a series of high-altitude balloons over New Zealand to build a high-speed Internet network that could be used to bring affordable internet service to distant locations around the world for the first time.  The experiment, called Project Loon, is being called a high-tech way to create internet connections for two-thirds of the people in the world who currently don’t have internet access due to high costs and the difficulty of stringing connections in rural and distant parts of our planet.
Whitespace internet access is yet another way we can begin to explore all the rich features of our current technologies and stretch out what we can from it, maybe one day we will be able to use our old smartphones as matter/anti matter transporters?…

Google Whitespace Broadband Harshavardhan Reddy 2013-07-09T18:54:00+05:30 5.0 stars based on 35 reviews Google has been granted official permission to develop its plans in the USA to use portions of the unused television broadcasting spectrum...
Share this with short URL Get Short URL
TechBuzz