One of the world’s leading Internet browser providers has joined the smartphone business with a new operating system. Mozilla’s smartphone OS was officially released in Spain.
First details about the operating system emerged at the Barcelona Mobile World Congress in February and Mozilla has just released the first two smartphones equipped with the new Firefox operating system. 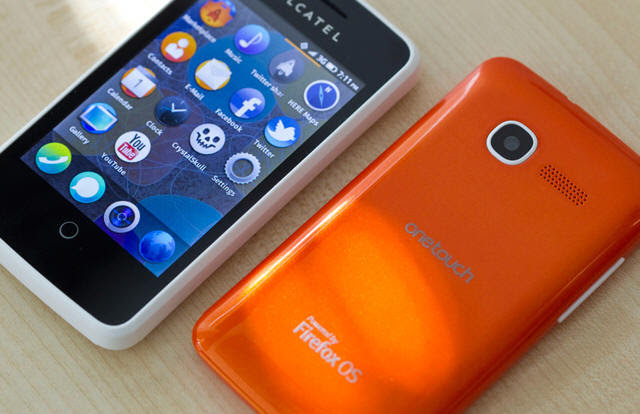 The two smartphones, a ZTE Open and an Alcatel OneTouch Fire, are only available in Spain for the time being. Mozilla partnered with Telefonica on the project, which aims at making available a series of more affordable smartphones to the general public.
The phones will retail for 69 euros or about $90. Pre-paid versions also come with 30 euros worth of credit. Both models will be equipped with standard smartphone features such as phone calls, text messaging, email, maps, camera and Firefox web browsing.
Each of the phones has 512MB internal memory and is provided with a microSD card slot to increase storage space. The smartphones do not feature HD screens, but are equipped with 1 GHz Qualcomm processors and Ardeno 200 graphics cards.
The Firefox OS is open source and developed using HTML5, which Mozilla hopes will appeal to web developers who can easily use the system to create their own apps.
It is not yet known when the Mozilla OS smartphones will be available for U.S. consumers. For the time being, Mozilla is marketing the phones on emerging markets such as Poland, Spain, Colombia, Venezuela and Brazil, markets where the new OS will be a significantly more affordable option than the more expensive iPhones or last generation Android powered devices.
Mozilla executives acknowledge that it will be difficult for the Firefox OS to find success on a market that is 90% dominated by Android and iOS together, but are confident that the low price point and open-source features will make it a popular choice among those loking for an alternative to traditional smartphone operating systems.
What do you think are Mozilla’s chances to succeed? Would you like to try out a Firefox OS smartphone?

Mozilla’s Smartphone OS Launches in Spain Harshavardhan Reddy 2013-07-10T19:01:00+05:30 5.0 stars based on 35 reviews One of the world’s leading Internet browser providers has joined the smartphone business with a new operating system. Mozilla’s smartphone ...
Share this with short URL Get Short URL
TechBuzz