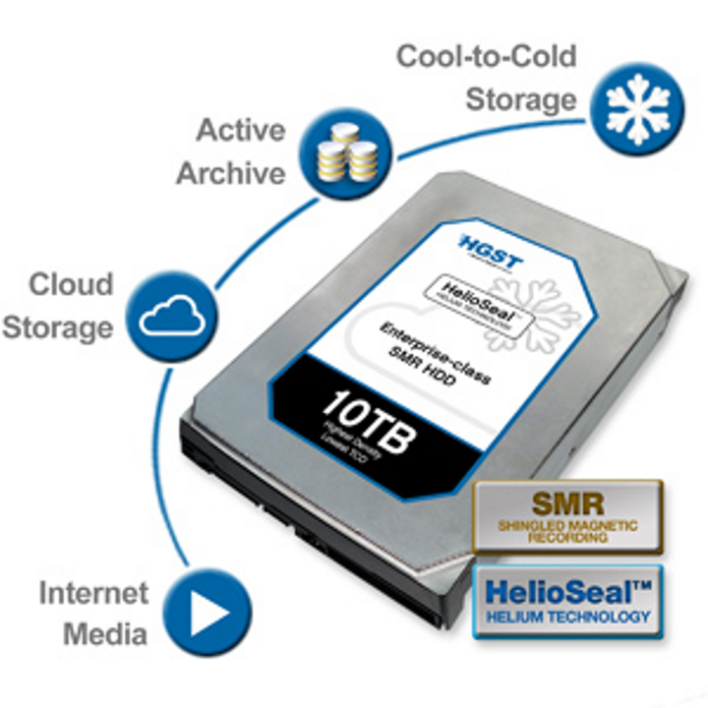 Western Digital’s HGST have announced the world’s first 10-terabyte hard drive and it’s helium-filled to boot. The Ultrastar He10, comes just a couple of weeks after Seagate announced the initial availability of their 8TB air-filled hard drive. The company has failed to disclose any pricing structure as yet but Western Digital have said that the 10TB drive will have the lowest cost-per-gigabyte and power consumption-per-gigabyte of any HDD drive that is currently available on the market.
In a recent press release, WD’s HGST announced a load of new products and initiatives. Here we will take a peak into the top three.

First up is the new new 10TB hard drive uses the same HelioSeal technology that has its debut back in November 2013. HelioSeal basically means that helium is hermetically sealed inside the drive (it is unable to escape) And because of this, air and any contaminants cannot get in. A drive which operates in a helium environment provides a lot less resistance than normal air, thereby allowing more platters to be utilised (8) while still using less power. Apparently the power consumption of helium-filled drives at 23% less than their own conventional air-filled drives.