Wireless Charging is a cool idea, but I imagine that most of us still need to buy a charging pad to use the wireless charging features available on some devices.  Wireless charging first made it’s way to the Android operating system via the HTC Droid DNA last year and has also made it to the Galaxy S4, Galaxy Note 3, Nexus 5, Nexus 7 (2013) and even a few Windows phone models have made the grade.
There is a number of wireless charging pads available on the market, but the RAVPower wireless charger is pretty small, which is great for travelling. In fact, it’s so small that it covers a Nexus 7! 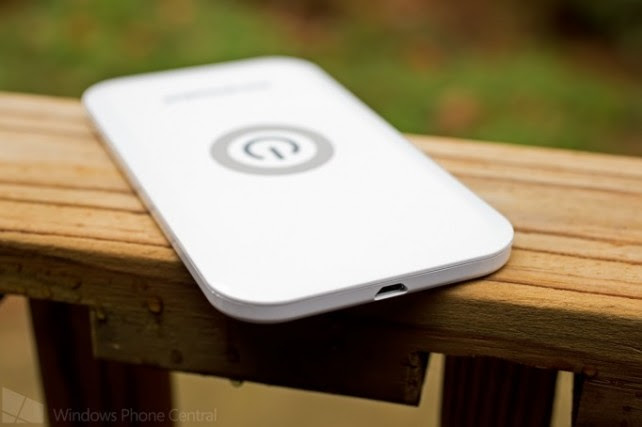 This is a fairly simple to use wireless charger. You just have to plug it into the socket and then put your Qi-enabled device down on the pad and you’re good to charge. The RAVPower pad has a small LED light on the front which lets you know if the charger has completed charging your device or not.
As with all wireless charging pads, the technology hasn’t reached the level that the charging speed will be faster than using a micro-USB cable. It’s about 75% as fast as if you had charged it using your wall socket.
That speed isn’t bad at all really, especially if you’re using it to top up your phone during the day.  The specs are; input is DC 5V, 1.5A, and output is 5V, 1A max.
The RAVPower Qi-Enabled Wireless charger is available from online retailer Amazon and it is perhaps one of the cheaper models you can find on the market that actually does the job properly. Normally it sells around the $99 mark, but currently it’s on sale for $35! Thats a whopping 65% Saving.  So if you fancy a wireless pad and have got a spare $35, what are you waiting for?

RAVPower Qi-Enabled Wireless Charging Pad Harshavardhan Reddy 2014-01-01T10:41:00+05:30 5.0 stars based on 35 reviews Wireless Charging is a cool idea, but I imagine that most of us still need to buy a charging pad to use the wireless charging features av...
Share this with short URL Get Short URL
TechBuzz