Figures Show Google’s Chromebook is Doing Better Than Ever

According to the latest figures from NPD, Chromebooks accounted for 21 percent of all laptop sales and almost 10 percent of all computer sales to businesses in 2013. This is a kick in the teeth for Microsoft, especially because this time last year the figures were not looking good.
The Chromebook has come a long way since it was first unveiled a few years ago. Due to underperformace and the fact that they were a single purpose laptop, Chromebooks became more of a big joke than a credible device, and that was despite the low price. It all looked as though Google had flopped with this one but oh how things have changed and it’s Google that is actually having the last laugh. 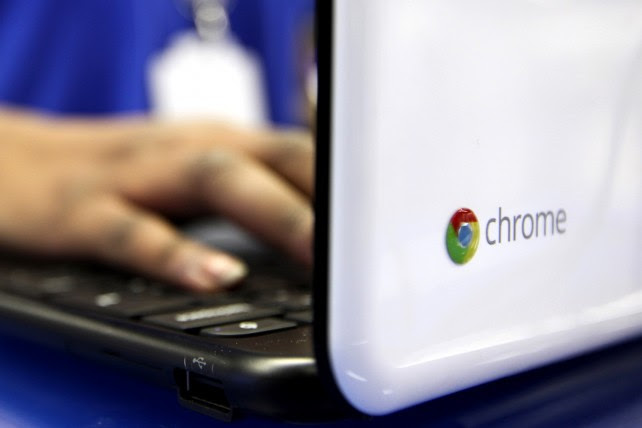 Chromebooks have managed to go from an insignificant laptop, to something that people actually want to buy and is now having a considerable effect in the market. Amazon has reported that two out its three best-selling laptops over the holiday period were Chromebooks.
It seems the turn around could have come about thanks to Google creating a more diverse ecosystem of hardware partners, including pretty much all of the major laptop manufacturers such as HP, Acer and Lenovo.
Google even designed a high-end model of the Chromebook, the Pixel, which cost $1,300. This proved just how much Google believed in its product and displayed how far it was willing to go to support it and get it noticed. No doubt this made potential business customers sit up see the Chromebook for its potential worth.
Google has also worked hard to add more offline capabilites. Microsoft always tore the Chromebook down, saying they were only useful when used online but let’s face it, how many of us actually spend much time offline nowadays! This change has led the Chromebook to look and feel a bit more like a traditional laptop, which has likely only gone in its favour.
The fact that Microsoft is poking fun at the Chrome book proves that it is worried about potentially losing its market share in business custom and looking at the latest figures so it should be!

Figures Show Google’s Chromebook is Doing Better Than Ever Harshavardhan Reddy 2014-01-03T02:21:00+05:30 5.0 stars based on 35 reviews According to the latest figures from NPD , Chromebooks accounted for 21 percent of all laptop sales and almost 10 percent of all computer...
Share this with short URL Get Short URL
TechBuzz