Is the Kill Switch coming soon?
Electronics giant, Samsung, are to allegedly release a kill switch feature into their smartphones  to improve mobile security and prevent device theft as soon as July.
The theft of Smartphones are on the rise and as the quality of the products increase, so does the value, making them more difficult to replace. Not to mention, the very real risk of sensitive personal information getting into the wrong hands. 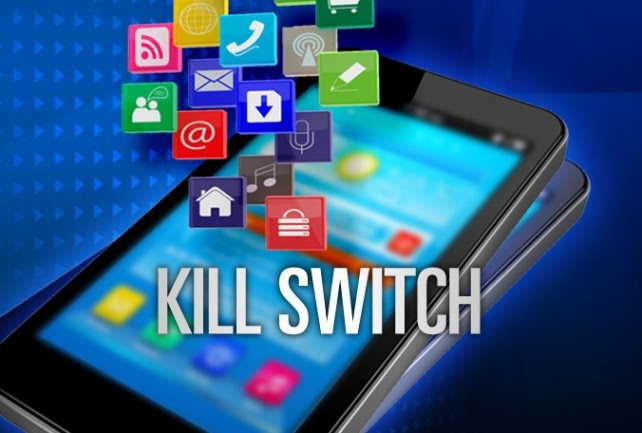 As reported by TechBeat (Source)  recently, Samsung and other manufacturers have met with New York Attorney General Erich Schneiderman to discuss the future of smartphone security and how to prevent device theft, reportedly working on  kill switch functionality.  Now it looks like Samsung will be releasing this new feature as soon as July. The kill switch goes a step further than current security for mobile phones, not only allowing the owner to remotely wipe their device, but also essentially bricking the phone, rendering it completely unusable by thieves.

With Samsung being such a massive player in the smartphone industry, this is an opportunity for them to be among the market leaders in smartphone security, prompting other manufacturers to follow in their footsteps. Fellow smartphone competitor Apple, have already unveiled their new security system called Activation Lock, which is incorporated into the operating system itself and will take that security a step further by requiring the original owner’s Apple ID and password in order to access a stolen/lost/wiped iPhone.
On top of the user being able to remotely disable their phone, the new Samsung security system would also allow carriers to use the same features. The kill switch is speculation of course, as Samsung has yet to make any official announcement regarding the new security feature.
It would be nice to think that Samsung aren’t going to sit back on their laurels and let Apple take the first byte out of the kill switch bag!

Samsung Kill Switch Coming Soon? Harshavardhan Reddy 2013-06-19T15:41:00+05:30 5.0 stars based on 35 reviews Is the Kill Switch coming soon? Electronics giant, Samsung, are to allegedly release a kill switch feature into their smartphones  to imp...
Share this with short URL Get Short URL
TechBuzz