Laptop That Can Run Windows 8 & Android 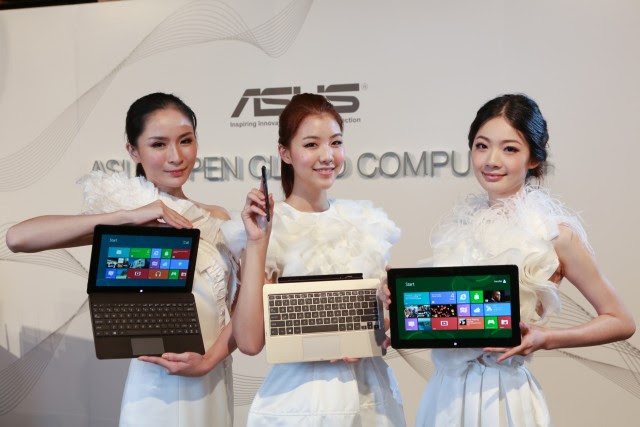 New devices have been unveiled ahead of the start of Computex, a tech show that will be running in Taipei, Taiwan from Tuesday to Saturday.
Amongst some of the launches announced was a laptop that can run both Windows 8 and an Android OS. The Transformer Book Trio was Asus’ centrepiece during their news conference. They have marketed the product as a three-in-one device, which can be used as a desktop, laptop or 11.6in tablet. The main feature is that it can run on both the Jelly Bean version of Google’s Android and Windows 8.
Some of the other announcements included an 8.1in tablet capable of running the full Windows 8 OS, and a 5.7in Android handset, which was labelled the “first phablet”- a cross between a phone and a tablet.

Just a week ago researches were suggesting that PC sales were falling faster than previously thought. IDC had predicted that shipments of PCs (including desktops and laptops) would fall by 1.3 percent during 2013. They now predict it could be more like 7.8 percent. However, they think that tablet shipments will grow by 58.7 perccent, possibly overtaking PCs by 2015.
One analyst said that the variety of computers being showcased was proof of innovation but that there was a risk that shoppers would be left perplexed.
Ranjit Atwal, an analyst at the technology consultant Garner said “Many users have already moved away from wanting a fully functional PC to an iPad, Android tablet or smartphone.” He added, “As a result that leaves a smaller audience and now the challenge for PC makers is how to target this group, which is also-by its nature-likely to be more demanding. The problem is that by throwing so many different designs at the wall in an effort to meet the challenge of wooing them, they risk confusing shoppers rather than winning them over.”
As Computex gets underway, watch out for other announcements and releases.

Laptop That Can Run Windows 8 & Android Harshavardhan Reddy 2013-06-05T00:09:00+05:30 5.0 stars based on 35 reviews New devices have been unveiled ahead of the start of Computex, a tech show that will be running in Taipei, Taiwan from Tuesday to Satu...
Share this with short URL Get Short URL
TechBuzz