Ok, so they aren’t completely taking them over! (I thought it would grab your attention though!) They are however predicted to supercede Apple when it comes to tablets. Apple have dominated this market ever since the tablet was launched. However the tech research company ABI Research think this is about to change. 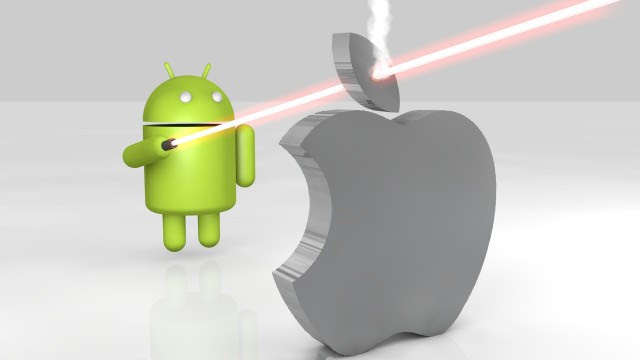 According to ABI Research, Apple exited the first quarter of the year with 50 percent share of all tablet shipments but Android is poised to overtake iOS in tablets. The reason for this shift is China. The country is “passionate about the Apple brand” said ABI, but smaller Android tablets have grown in popularity. It seems a push for low-cost tablets is keeping Android relevant and a constant threat to Apple.
In a statement by Jeff Orr, ABI’s senior practice director, he said “it’s inevitable that Android tablets will overtake iOS-powered slates, though we see no single vendor challenging Apple’s dominance anytime soon”. He continued by saying “With media tablets commercially available for more than four years, momentum is shifting toward value and affordability, putting tablets in more of the population’s reach”.
To add weight to ABI’s predictions, fellow tech research company IDC made similar comments saying that within two quarters, the sub-8-inch tablet category overtook the larger-sized segment in terms of total shipments. They noted the average selling price for tablets should drop 11 percent on 2013 to $381.
Although Apple have led in the way in tablet design since 2010, there is no denying that they are under increased pressure to deliver. Late last year, Apple released the iPad mini but as demand increases it will be interesting to see if they are able to produce a tablet not just with a smaller screen, but with a lower price. Watch this space!

Android To Overtake Apple Harshavardhan Reddy 2013-06-03T19:47:00+05:30 5.0 stars based on 35 reviews Ok, so they aren’t completely taking them over! (I thought it would grab your attention though!) They are however predicted to supercede ...
Share this with short URL Get Short URL
TechBuzz