If you have been following Google recently you will have noticed how the company seems to snapping up every robotics company and intelligence system in sight. Just in the last few months, Google has acquired Nest, the company responsible for making the smart thermostat, as well as Boston Dynamics, the robotics company. Even as recent as last week, Google splurged $400 million on the artificial intelligence specialists DeepMind Technologies. 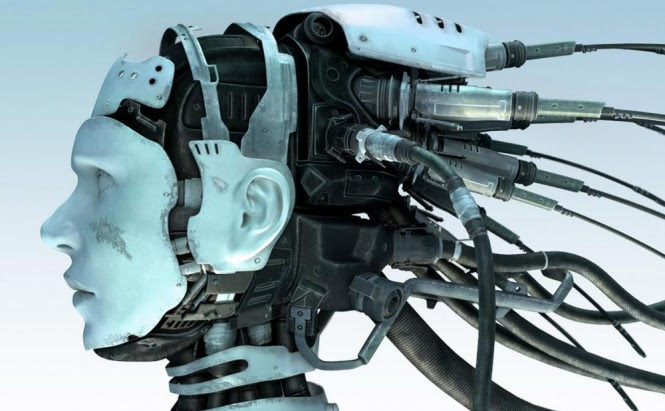 So what is Google’s strategy in all of this? When you look at the number of acquisitions it becomes clear that the company is exploiting an inefficiency  in the market so that it can become the leader in the field of intelligent computing. Google obviously thinks that in the future any intelligent or automation system will be served by robots. In acquiring all the related companies, Google becomes the big player before any of its competitors even get a look in. It’s not just the companies that Google is snapping up but also all the expertise of the talented engineers, that will no doubt be a big bonus going forward.

Google Has The Human Intelligence Behind Its Artificial Intelligenc.
Imagine how difficult it must be to find talented engineers and researchers in the field of robotics and artificial intelligence. No wonder Google has targeted this area and was willing to spend so much in acquiring the creme de la creme. All the resources and talent will be at Google’s fingertips, ready for when it wants to progress with its artificial intelligence systems.
At the moment the company is working on a type of ‘personal assistant’ through the use of Google Now, allowing information to be delivered to users via an automated, intellectual context. There is still a way to go in developing this system but it becomes clear how artificial intelligence will play a big role in its further development.
So where do all the robots fit in to Google’s world domination plan? It could be that robots will be employed in the data centres or even play a role in Google’s driverless car plans. However, it could be that they are applied to something completely new. The technology is applicable in everything from analyzing financial data to manufacturing.
In whatever way robots are applied, the fact remains that Google has the best brains behind this venture. Ray Kurzweil is considered to be the world’s best expert on artificial intelligence, while Andy Rubin, the man behind the Android platform, is now heading up Google’s robotics department. That’s only mentioning a couple of the many workers Google has at its disposal.
It is a risky strategy on Google’s part to be putting a lot of eggs in one basket though. If it is unable to successfully create the next generation of artificial intelligence, then we could see this field of technology come to a stand still, with no progress being made.

Concerns Over Security And Ethics
There are security and ethical concerns too when it comes to artificial intelligence. Everyone’s first thought tends to be of robots taking over the world and destroying humans, like in Terminator. But it seems that Google is trying to allay these concerns, as it has agreed to create an ethics board which will monitor the use of the technology acquired through DeepMind.
Of course, although Google appear to have the monopoly over artificial intelligence, it’s important to remember that companies like Microsoft Research, Amazon, DARPA, Qualcomm and Intel are all involved in working on various aspects of artificial intelligence. Any one of these could pose a threat to Google’s strategy, as long as they keep on their toes.

Google’s World Domination Plan Harshavardhan Reddy 2014-02-07T21:25:00+05:30 5.0 stars based on 35 reviews If you have been following Google recently you will have noticed how the company seems to snapping up every robotics company and intellige...
Share this with short URL Get Short URL
TechBuzz