Samsung’s Next Phone May Not Bend The Way You Thought

There has been alot of hype recently over certain smartphones being developed with bendable screens. Samsung, LG and Nokia have all been reported to be experimenting with kinetic displays, but contain your excitement because it is more likely that these smartphones will have a contoured display. 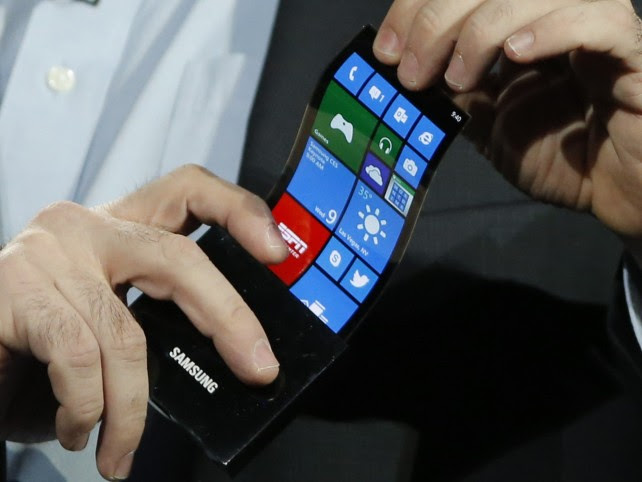 So what is the difference? Well a bendable screen is one you can actually wiggle and bend, a contoured display is a screen that has a glass topper molded into a subtle stationary arc.
Some devices already feature the curved display, such as the Samsung Galaxy Nexus S. The YotaPhone, which is curently in development, achieves the desired curve through formed Gorilla Glass 3 as the cover glass material.
Seeing as Samsung can already produced contoured displays, it is likely that the new smartphone, which is expected this month,  will feature a curved screen allowing its face to fit to your cheek, making it  alot more comfortable to conduct long phone conversations. It will also help the smartphone to stand out from its competitors, changing the standard shape of phones from a box-like form and into something far more interesting and appealing.
But what about bendable displays. Well unfortunately that is still something for the future. A material that is flexible enough but still strong so as not to break is a big ask.
Major advancements in engineering and the necessary materials are needed before the tech industry can start to think about selling us a truly bendable device.

Samsung’s Next Phone May Not Bend The Way You Thought Harshavardhan Reddy 2013-10-03T10:10:00+05:30 5.0 stars based on 35 reviews There has been alot of hype recently over certain smartphones being developed with bendable screens. Samsung, LG and Nokia have all been ...
Share this with short URL Get Short URL
TechBuzz