According to the KGI Securities analyst Ming-Chi-Kuo, we could see the iPad 5 and second-generation iPad Mini with far better cameras when they are unveiled.
Kuo, whos predictions aren’t always correct, thinks that both of Apple’s new tablets will be launched in the fourth quarter of this year and will be sporting upgraded cameras. The analyst has said that the rear camera, which currently has five megapixels, will be updated to have an eight megapixel sensor. 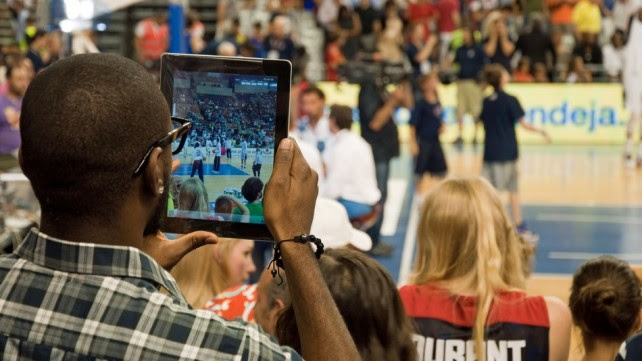 He also expects the aperature to be increased, improving picture quality, much the same as the iPhone 5S. It could be that Apple also throw in some of the new software-based camera features from the iPhone 5S, like the slow-motion shooting capability.
The iPad 5 is thought to keep the 9.7-inch screen but have a significantly smaller surface area.
As for the iPad Mini 2, thinks are a little more uncertain. A Retina display was on the cards for this model but according to a report, the work has only just started on manufacturing the displays. So it is possible that will not see a launch of this tablet until next year, or maybe a very small number will be available at the end of this year.

Improved Camera For The iPad 5 & iPad Mini 2 Harshavardhan Reddy 2013-10-07T17:05:00+05:30 5.0 stars based on 35 reviews According to the KGI Securities analyst Ming-Chi-Kuo, we could see the iPad 5 and second-generation iPad Mini with far better cameras when...
Share this with short URL Get Short URL
TechBuzz