Home TechBuzz A Touch Too Far or a Safe Bet for Windows 8?

A Touch Too Far or a Safe Bet for Windows 8? 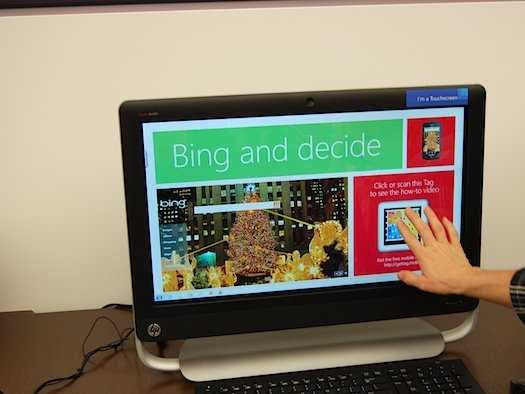 Despite clocking up 60 million licenses to date, there have been many scathing reviews of Microsoft’s Windows 8. Will the technology giant’s move into the touchscreen market be worth the gamble?

In a bid to try and regain the ground lost to Apple and Google, Microsoft are making a big bet on the most radical redesign of Windows since they introduced Windows 95 more than 15 years ago.

The Windows 8 software and a new Surface tablet running it, was launched in October.
However, it was not long before critics, such as internet entrepreneur and MIT professor Philip Greenspun, began attacking the new offering.

Negative response
Greenspun described Windows 8 as the ‘ideal Christmas present for someone you hate’ and said Microsoft has integrated the tablet and the standard Windows desktop in the most ‘inconvenient and inconsistent possible way’.

“Microsoft has had since October 2008 to study Android. It has had since June 2007 to study iPhone. It seems as though they did not figure out what is good about the standard tablet operating systems,” Greenspun said.

“It just hurts everybody in the PC business,” Newell, who runs the Steam games store, told The Verge. “Rather than everybody being all excited to go buy a new PC, or buying new software to run on it, we’ve had a 20-plus per cent decline in PC sales.”

But surely there are people excited about having a full Windows computer that is also a tablet, and of course, the slick new interface of touchable, customizable tiles?
Microsoft bosses stick to their guns and say Windows 8 brings together the best of the PC and the tablet.

This represents the cumulative sales of Windows 8 including both upgrades and sales to OEMs for new devices.

There are now more than 1,700 certified systems for Windows 8 and Windows RT.  Bosses at Microsoft have also highlighted strong growth in developers building for Windows 8.
Windows spokesman, Nick Parker, said: “Touch and other new capabilities in Windows 8 are powering the latest hardware innovations coming from our OEM partners. Together we are delivering interactive new experiences through devices and services that deliver on customers’ need for constant connectivity, mobility and flexibility.”

The results so far show a similar sales route that Microsoft saw with Windows 7, so is such a hostile reception from critics warranted?