Home TechBuzz Battery of The Future: What’s In The Works?

Battery of The Future: What’s In The Works? 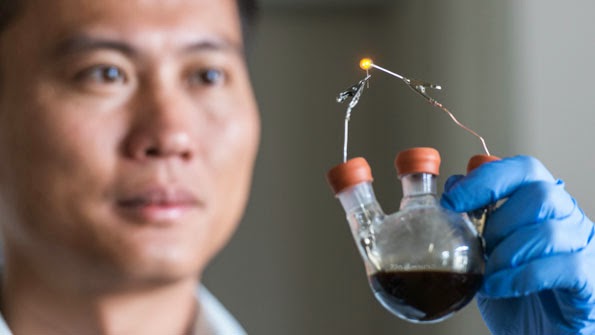 For years, the most viable rechargeable battery technology in use for portable devices has been based on a lithium-ion (li-ion) positive electrode. For most hand-held devices, lithium cobalt oxide has been the go-to product. Mobile technology has been exploding at an impressive rate, but all in all, its innovation is being dragged down by the little chemical boxes we use to power these monster devices. Despite efforts to make them more energy-efficient, smartphones are becoming more problematic in terms of battery use. The question is: What are we going to do about it, and how can we create a new battery that will power these devices for as many days as the faithful Nokia 3310?

It’s About The Ions!
It is exceedingly difficult to get out of our dependency on lithium. Although it’s quite rare in the universe, it’s one of the most common and stable battery materials we can use. Right now, lithium-ion is failing us because we’ve practically reached the limits of what it can provide for high-power devices. We can either make the systems running on these devices (including the chip sets) more efficient or find a new way to power them that could support a longer life. There’s already a ton of focus in energy efficiency by SoC and chip set manufacturers. What we need now is a little cooperation from the folks making these devices’ batteries.

There’s a lot of hype revolving around lithium-sulfur batteries because of their high energy density. However, this component is liquid. Is it wise to store a liquid in high pressure next to a bunch of electronics? The other caveat in this technology is that lithium-sulfur batteries require an extensive amount of monitoring, which might involve extra hardware on the platforms powered by these cells. So, if this technology becomes viable, expect to see fatter portable devices like we did back in the early 2000s.

Then there’s the pipe dream of using lithium-oxygen batteries to power everything from cars to phones. If this technology flies in the next five years, we might even be able to power full-blown desktop computers for a few hours. Smartphones would last about five to seven days without charging. The caveat here is in stability. Lithium-oxygen (better known as Li-air) has potential contamination issues at the cathode. Despite all of the advantages (such as an energy density comparable to petrol), its disadvantages have to be worked out for li-air to become a commercially-available battery. Current experimentation is limited to the laboratory and prototypes are being developed only for powering vehicles. 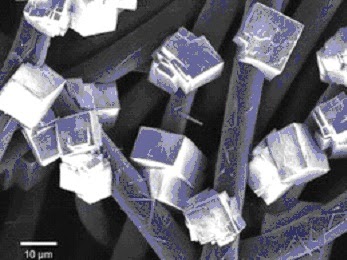 What if we were to say goodbye to lithium entirely? There are cheaper, albeit less potent, alternatives to our lithium-based friends that could provide a much better energy base.

What about sodium-air batteries? Paper after paper is showing that the electrolyte breaks down after charging them about eight times. That’s not good, is it? However, that’s practically the same issue with many other metal-air mixtures. Does this mean that the electronics market is doomed to stick to lithium-ion? I don’t think so. Although battery innovation has been sluggish as of late, it’s still an ongoing trial-and-error process that will eventually yield results. There’s a lot of potential in each technology, if only we could move past their caveats.

What are your thoughts? Please leave a comment below if you feel you could add something to this!

Battery of The Future: What’s In The Works? Harshavardhan Reddy 2014-06-08T11:07:00+05:30 5.0 stars based on 35 reviews For years, the most viable rechargeable battery technology in use for portable devices has been based on a lithium-ion (li-ion) positive ...
Share this with short URL Get Short URL
TechBuzz