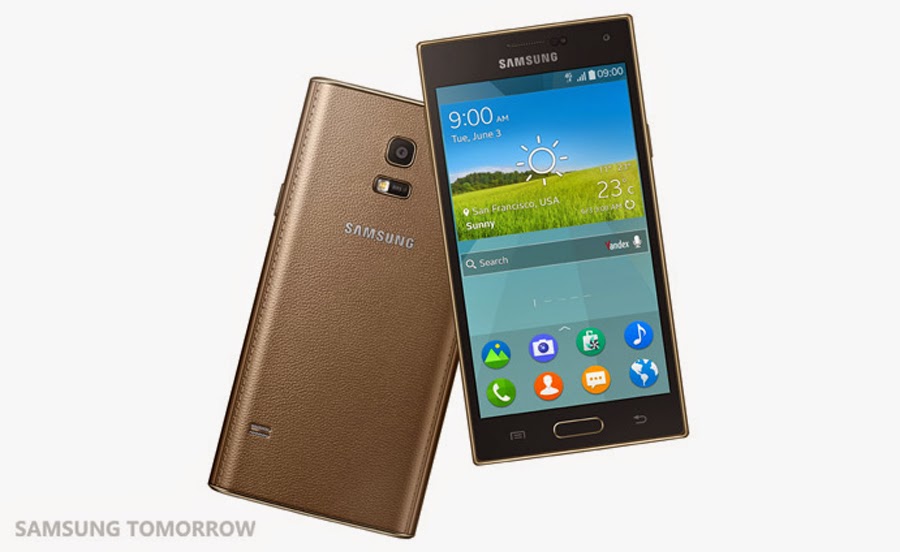 Seems like even Samsung is getting bored of it similar looking phone line up. The company is now in the process of releasing another Linux based OS by the name Tizen. The first phone to run on this OS will be the Samsung Z. This is a huge step from Samsung to move away from Google based Android OS and create its own unique identity.

Samsung wants an OS that can be used across its ecosystem. Tizen has already been used by Samsung on the Galaxy Gear 2 which had some good features. The Samsung Z will be its first full-fledged phone avatar of the operating system and we’ll definitely be waiting to get our hands on it.

The phone was supposed to be released at the World Mobile Congress in 2014 but it got delayed. It is now most likely to be slated to launch in the Russian market by September of this year.

The Samsung Z will be powered by a 2.3 GHz quad core processor and have a 4.8 inch super AMOLED screen. It will have a decent 2600 MaH battery. Samsung has said that the phone has ability to give maximum run time for the battery size because of its superior power saving measures.

The main camera on the phone is an 8 megapixel shooter and it will have a 2.1 megapixel selfie camera (front camera). It has an internal memory of 16 GB, which is expandable upto 64 GB via Micro SD.

Samsung Z (3)Samsung Z almost looks like the usual TouchWiz fare.
Samsung has stated that it opted for Tizen because it is said to give faster boot up time and better multi-tasking capabilities. The OS also promises superb 2D and 3D graphic quality, smoother scrolling and an improved rendering performance for web browsing. Currently Tizen version 2.2 looks like a close cousin of the Android Jellybean with minute variations. So its to be seen if the above mentioned capabilities will inspire people to go for a device with a heart of Tizen.

One of the major reasons Samsung is putting its cards on Tizen is for its ability for multi-platform integration. It can be used in mobiles, wearable’s, vehicle infotainment and TV’s. In fact, Samsung just released an SDK to create apps for the Tizen based TV systems. These TV’s will have support for hand gestures, mobile device pairing and voice commands. Something most of the Smart TV’s have been banking on.

Samsung is the largest Android device manufacturer and its complete departure in the future from the market in favor of the Tizen will create a huge void.  That open market space would be left for other competitors to conquer. As of now and for some considerable future, Android will continue to be the lead OS for the mobile market. It’s yet to be seen if Tizen has the boldness to take on an OS being used by majority of smarphone users.

Android Killer Tizen Harshavardhan Reddy 2014-06-03T02:47:00+05:30 5.0 stars based on 35 reviews The OS of Everything Tizen is the open-source operating system for all device areas
Share this with short URL Get Short URL
TechBuzz