I have some very good news for Lego fans, Star Wars fans, and those who own an Apple device that has been updated with at least iOS 6. It seems that “a galaxy far, far away” has now decided to take up residence in the app store. That’s right, fans can now download Lego Star Wars: The Complete Saga onto their iPhones, iPads, and more. The game is free to download, but users should be aware that only the first episode (The Phantom Menace) is completely free to play. Once you complete that chapter, you have to fork over $14.99 to play the rest of the series. If you break down that price, it comes to right around $2.99 for each subsequent episode, which may or may not make it more justifiable for you to purchase. To me, it seems like such a small price to pay to carry around the entire Star Wars universe in your pocket. 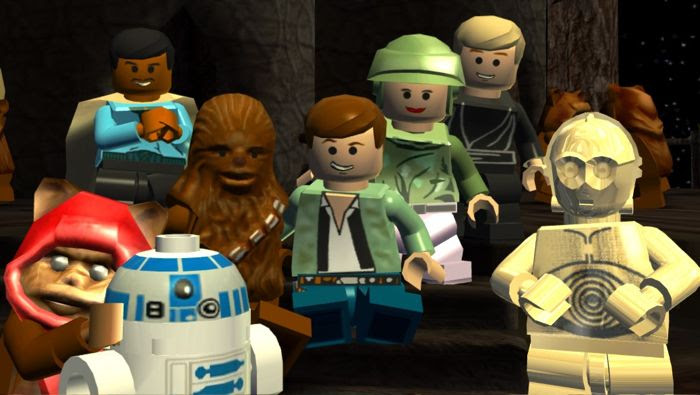 A Galaxy Not So Far Away Anymore…
The Lego Star Wars games have proved to be major successes in the video game world over the years. Who would’ve originally thought that joining Lego and Star Wars would lead to Lego joining forces with Harry Potter, Superman, Batman, the Avengers, and the Pirates of the Caribbean? It seems that Lego is willing to go just about anywhere Hollywood decides to go these days.
Having played through the Lego Star Wars complete series on the Wii, I can vouch that it is a very fun and entertaining game to play. In fact, it might even be easier to play on a phone or a tablet than on the Wii. Nothing beats getting to play as Lego Obi-Wan Kenobi as he avenges Qui-Gon Jinn at the end of the Phantom Menace.
If you’d like to download Lego Star Wars: The Complete Series, you can click here. As of right now, it’s only available for iOS devices.

Lego Star Wars: The Complete Saga Comes To iOS Harshavardhan Reddy 2013-12-25T11:06:00+05:30 5.0 stars based on 35 reviews I have some very good news for Lego fans, Star Wars fans, and those who own an Apple device that has been updated with at least iOS 6. It ...
Share this with short URL Get Short URL
Apple