It never takes hackers too long to figure out how to bypass Apple’s security rich features of their latest iOS and provide the world with details of how to Jailbreak their nice and shiny iPhones.  And iOS 7 is no exception.  The iOS7 Jailbreak has finally arrived and it promises a simple, untethered solution in just five minutes.  If you are going to attempt this, (and I am, in no way advising you to do so) please proceed with caution. 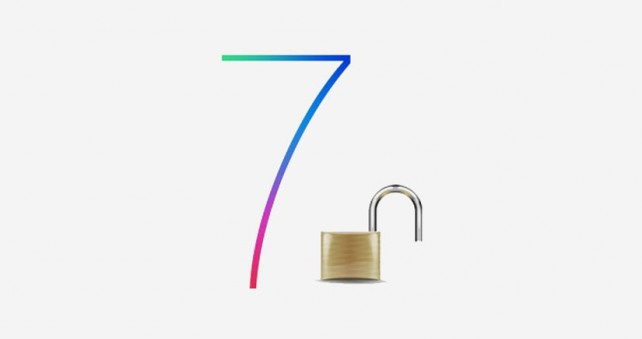 A team of clever hackers have used their skills and abilities to smash through Apple’s walled garden and have released a simple but effective jailbreak for iOS 7.  The tool, which has only taken three months to arrive after Apple launched its revamped mobile software, comes from the Evasi0n team and works on iOS devices running iOS 7.0 to 7.0.4.

The jailbreak, which allows iPhone, iPod touch and iPad users to access unauthorised applications and services through third-party apps stores, such as Cydia, can be achieved in an astonishingly small period of time, only five minutes.

In order to accomplish this technological manipulation, users will need to connect their iOS device to a Mac or PC using a USB cable and follow the instructions at Evasi0n.com, 9to5Mac reports.
However, as always, iOS device owners will be performing the jailbreak entirely at their own risk as it invalidates the warranty and can also render the device unstable or in certain cases unusable.   The creator of the Cydia app store, Jay Freeman, took to Twitter to say the build of the store included within the jailbreak isn’t official, as he wasn’t made aware of the jailbreak being released. He tweeted: “I thereby have no clue what will or will not work, or even what evasi0n7 includes; I hope that people bear with me as I figure this all out.”

So, if you are the kind of person who gets excited by extra modifications and likes to live dangerously, then why not head over to Evasi0n.com and check out what to do?

5 Minute iOS 7 Jailbreak Released Harshavardhan Reddy 2013-12-25T18:45:00+05:30 5.0 stars based on 35 reviews It never takes hackers too long to figure out how to bypass Apple’s security rich features of their latest iOS and provide the world with ...
Share this with short URL Get Short URL
Apple
TechBuzz