Home Apple iPhone 6 to come with larger screen, due May 2014

Rumors of new iPhone and iPad models with screen larger than current ones have been doing the rounds for a while now. The latest report indicates that the large screen iPhone 6 may launch sooner than expected. 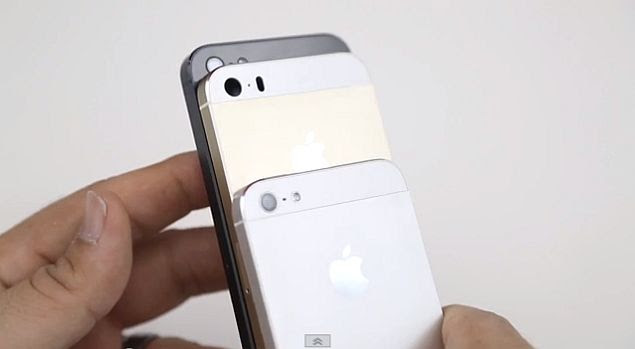 Digitimes reports citing their sources that the iPhone 6 release is planned for May 2014. The publication in its report says, "Apple is also rumoured to be planning a larger size iPhone for May 2014, using a 20nm processor manufactured by Taiwan Semiconductor Manufacturing Company."

Digitimes doesn't give any more details on the specifications for the iPhone 6, except that the screen will be 'larger' than one seen on the current generation iPhone 5s and iPhone 5c. We have already seen multiple agencies reporting about the rumored bigger 5-inch display in Apple iPhone 6.
Earlier, we saw DisplaySearch analyst David Hsieh say that Apple is testing two different screen sizes for its next iPhone. He suggested that the company is testing a 4.7-inch panel with 720x1280 resolution and a 5.7-inch display with full-HD 1080p resolution.

The latest Digitimes report also reignites rumors of an iPad 'pro' with a screen larger than one seen in the current generation iPad Air. It says that the company is looking to target North America's educational market with its larger screen iPad. The rumored 12.9-inch Apple tablet is rumored to release in October 2014.

Previously a Chinese publication PadNews (via Apple Insider) reported that Apple could launch the larger iPad (12.9-inch) in April with the 4K ultra-HD variant due in October 2014. The report said that the company is currently testing five different 12.9-inch iPad prototypes made by Foxconn. But it did not specify the resolution of the purported larger iPad models.

Earlier in August, Digitimes reported about Samsung also developing tablets with a 12-inch or larger display. The report said the sources believe that "vendors are trying to create a new market segment to get away from competition from small-size devices."

iPhone 6 to come with larger screen, due May 2014 Harshavardhan Reddy 2013-12-25T19:34:00+05:30 5.0 stars based on 35 reviews Rumors of new iPhone and iPad models with screen larger than current ones have been doing the rounds for a while now. The late...
Share this with short URL Get Short URL
Apple