Apple was granted two patents on December 24 for new tech that could be integrated in future iPhones and other iOS devices.
One patent covers a heart rate monitor that could be integrated directly into portable devices.
The other is for a touch panel display that can detect hovering fingers and improve accuracy by automatically compensating for "signal drift."
Both patents were filed in 2010 and approved on the day before Christmas. 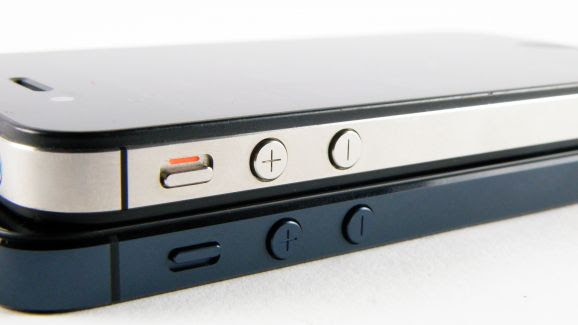 Some non-Apple smartphones, like the Samsung Galaxy S4, already include hover controls called Air View, allowing users to interact with the device's display without actually touching it but by hovering a finger nearby.
But Apple's hover-related patent notes that integrating both hover and touch interactions in a single device is difficult, as the display can get confused.
The patent focuses on a variety of ways to improve a device's accuracy at detecting inputs when both touch and hover interactions are available.
It also focuses on improving accuracy when signal drift, i.e. environmental factors confusing a device's sensors, are present.
The patent proposes, among other solutions, recalibrating the sensors periodically so that environmental factors are considered when the device determines whether it's receiving touch- or hover-based inputs.

Groove is in the heart:

The other patent in question today concerns a "seamlessly embedded heart rate monitor" for iOS devices.
The heart rate monitor reads a user's EKG data for authentication or mood determination purposes. The monitor's sensors can be embedded in a number of places in a mobile device.
As always with these patents it's not clear whether Apple will ultimately use any of the features or solutions they describe.
But as it did with the fingerprint sensor in the iPhone 5S, it seems Apple might be experimenting with even more new smartphone features in 2014.

Apple's latest patents cover heart rate monitors and hover touch displays Harshavardhan Reddy 2013-12-25T11:13:00+05:30 5.0 stars based on 35 reviews Apple was granted two patents on December 24 for new tech that could be integrated in future iPhones and other iOS devices. One patent cov...
Share this with short URL Get Short URL
Apple
TechBuzz