Windows 8 has been an enigma from the time of its release. Backed by probably the biggest marketing campaign ever for an operating system, Windows 8 has not managed to take the market by storm. Rather, its progress has been slow and gradual. Though Microsoft has tried its best to hype up every small achievement, the latest version of their operating system has received its fair share of criticism. Yet, there is one piece of news which will put a smile on the face of Windows proponents who have had to work very hard to defend their beloved OS. 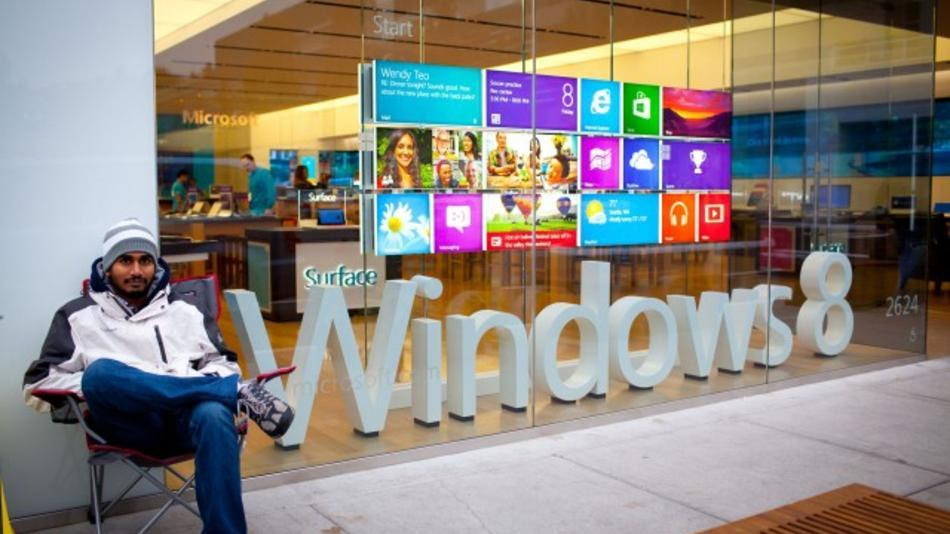 On Monday, Microsoft announced Windows 8 had crossed the 100 million license mark. If you go by
the criticism, the operating system has barely made a dent in the market yet the numbers speak for themselves. 100 million is no small number, though it has taken longer to get there than Microsoft would have been hoping for. So, Microsoft has the ammunition to keep its critics quiet at least for the time being as they plan to celebrate the milestone. It is worth noting at this point that some have been critical of Microsoft’s sales recording methods – suggesting the 100M licenses just means that number has been issued to OEMs. The actual amount of licenses actually purchased and being actively used could be significantly less.
The kind of money Microsoft has spent on developing and marketing it, one would expect them to be disappointed by Windows 8’s performance. That doesn’t seem to be the case though. Tami Reller, the CFO and CMO of Microsoft explained it quite straightforwardly that Windows 8 is a departure from the conventional Windows operating systems. She wrote that it is a change and any change takes time to become widespread. In this regard, she feels that Windows 8 is right on track.
The 100 million licenses mark also proves that Microsoft still has momentum in the declining PC market. Several PC makers have been ruing about the contracting market and the falling demand. Windows 8 seems to be dispelling that notion. If it continues to sell at this pace, Microsoft will easily retain control over the PC market. What this means is that people still favor the Windows OS over the other options available to them.
The pace at which Microsoft has been selling Windows 8 licenses has been particularly encouraging for the tech giant. In the first three months or so, the Windows 8 sales stood at around 60 million. This means that 40 million licenses have been sold over the past three months. Even Windows 7, a much popular and well-received operating system, didn’t manage to sell more than 100 million in the first six months of release. So, even though Windows 8 hasn’t sold like hot cakes, it is keeping pace with Windows 7 sales.
Perhaps the most exciting thing to look forward to regarding Windows 8 is the update 8.1, formerly known as Windows Blue. It is being touted as improving the Windows 8 user experience considerably. It may prove to be the catalyst for the operating to finally win over its detractors and critics and become a bona fide success.

Windows 8 Sales Reach 100M Licenses Harshavardhan Reddy 2013-05-14T19:13:00+05:30 5.0 stars based on 35 reviews  Windows 8 has been an enigma from the time of its release. Backed by probably the biggest marketing campaign ever for an operating...
Share this with short URL Get Short URL
TechBuzz