First Braille Smartphone in the Works 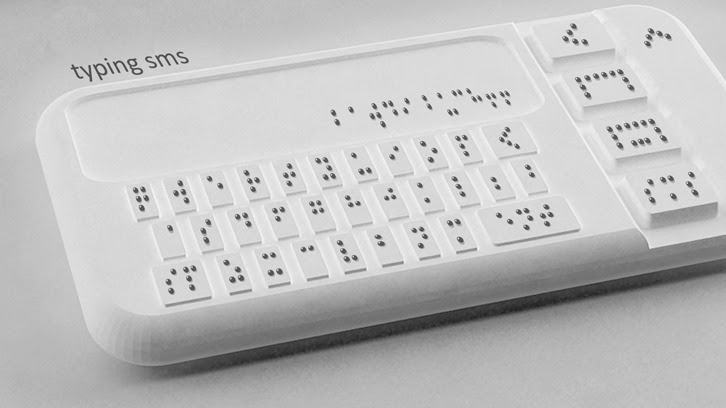 A new smartphone developed by an Indian scientist is giving the visually impaired the possibility to use their phones for more than just taking or making calls: with the help of the special Braille display, users can also read emails and text messages.
The device, dubbed the world’s first Braille smartphone until it gets an official name, was developed by Sumit Dagar, 2011 TED Fellow, and is currently in its late testing stages. Dagar, a National Institute of Design post-graduate, teamed with the IIT Delhi and the LV Prasad Eye Institute for the project, launched three years ago.


The screen of the phone is comprised of a grid of pins that can move up and down whenever an email or a text message is received. The pins form into Braille characters and shapes which the visually impaired user can read through touch.
Previous applications designed for visually impaired users, such as Siri or SayText, albeit very useful, were only based on sounds and provided limited interaction between the user and their smartphone. Other specially designed products such as Qualcomm’s RAY phone or Android application Georgie also rely heavily on voice commands and sound alerts.
Dagar’s invention is also greatly supported by the fact that it uses a type of technology named Shape Memory Alloy: the idea is that each pin remembers and reverts back to its initial shape after expanding to help form a Braille character.
The Brailled smartphone also makes various sounds and vibrates when it goes through different functions. According to Dagar, the team received an impressive response during tests and the device can be seen as more of a companion to the user than a simple phone. The inventor said he is planning to release more advanced versions of the smartphone in the near future.
If all goes well, expect the first model to be available for purchase by the end of the year. The Braille smartphone will be sold for a retail price of about $185.

First Braille Smartphone in the Works Harshavardhan Reddy 2013-05-01T11:03:00+05:30 5.0 stars based on 35 reviews A new smartphone developed by an Indian scientist is giving the visually impaired the possibility to use their phones for more than ju...
Share this with short URL Get Short URL
TechBuzz