Artificial Smart Skin as Sensitive as the Real Thing 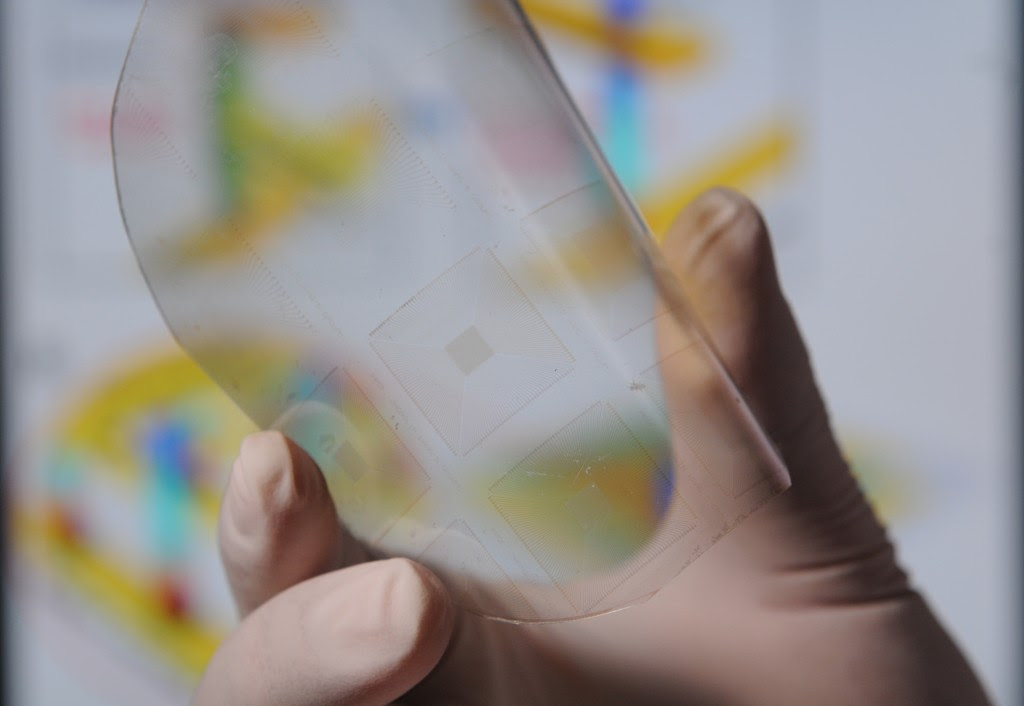 Scientists have developed an experimental array dubbed smart skin, which has the same touch sensitivity as real human skin. The technology could be used for the development of improved prosthetics and could also help give future robots a better sense of touch.
The array developed by a joint U.S. Chinese team at the Georgia Institute of technology is based on a technique called mechanical agitation. More specifically, the smart skin is equipped with about 8,000 touch-sensitive transistors also known as taxels. When mechanically agitated, the transistors generate a piezoelectric signal, meaning that they emit electricity when under mechanical strain.
Each of these taxels is made of around 1,500 zinc oxide nanowires. The nanowires are connected to electrodes through a thin gold layer, which allows the array to “feel” any changes in pressure. The arrays even have the level of sensitivity required to pick up on pressure changes as low as 10 kilopascals, the same value that human skin is able to detect as well.
The technology allows any motion to be translated to control signals, making artificial skin smarter and more similar to human skin, able to feel even lighter touch, lead researcher Zhong Lin Wang explained.
The Georgia Tech team’s discovery is a major breakthrough in this field of research, as scientists have been attempting to mimic the sense of touch electronically for quite some time. The new technology can have multiple applications in areas such as robotics, prosthetics development, human-computer interfaces and many others.
The discovery may even be used for defense purposes and to increase security, although it is yet unclear in what manner. The military is nonetheless interested, as some of the main funders of the project are the Defense Advanced Research Projects Agency of the American Department of Defense and the U.S. Air Force. Other branches of government such as the U.S. Department of Energy are involved as well. The research was also backed by the National Science foundation and the Chinese Academy of Sciences.

Artificial Smart Skin as Sensitive as the Real Thing Harshavardhan Reddy 2013-05-05T17:33:00+05:30 5.0 stars based on 35 reviews S cientists have developed an experimental array dubbed smart skin, which has the same touch sensitivity as real human skin. The techn...
Share this with short URL Get Short URL
TechBuzz