Eying the premium 4G smartphone market in India, MediaTek has introduced its MT6595 true octa-core 4G LTE System on Chip (SoC) in India. Devices embedded with the new MT6595 are expected to arrive by the end of the year. 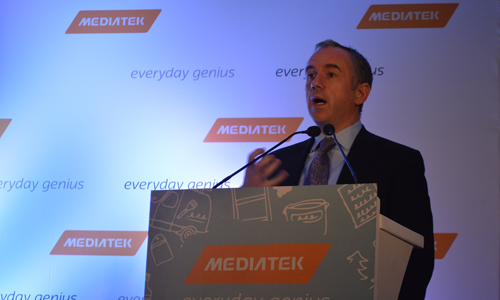 MediaTek recently announced a new R&D facility in Bengaluru and invested US$200 million in the Indian market. “We will continue to expand our R&D facilities in India. The new Bengaluru facility together with MediaTek’s Noida facilities will boost our R&D capability in the country,” said Moynihan.

Commenting on whether the company has plans to collaborate with Mozilla’s Firefox operating system, Moynihan said, “MediaTek currently is focusing on Google’s Android OS only. We are monitoring the Firefox ecosystem but have no plans to support it now.”