In the late 1990′s, before Ubuntu existed, when Debian was just starting out, and when Fedora was still Red Hat Linux, there were only a handful of major distributions. One of the elite group was Mandrake Linux. Never heard of it? That is probably because about a decade ago Mandrake changed its name to Mandriva. Still none the wiser? Maybe that is because during 2010 parts of Mandriva went bankrupt, but out of the ashes rose Mageia Linux.

The reason for this short history lesson is to show that although Mageia Linux was first released in 2011, which means it is a relative newcomer, its heritage is quite distinguished. Mageia started out as a fork of Mandriva Linux, and Mandriva Linux itself is a fork of Red Hat Linux (way back at version 5.1).  As a result of this heritage, Mageia uses the RPM package format. 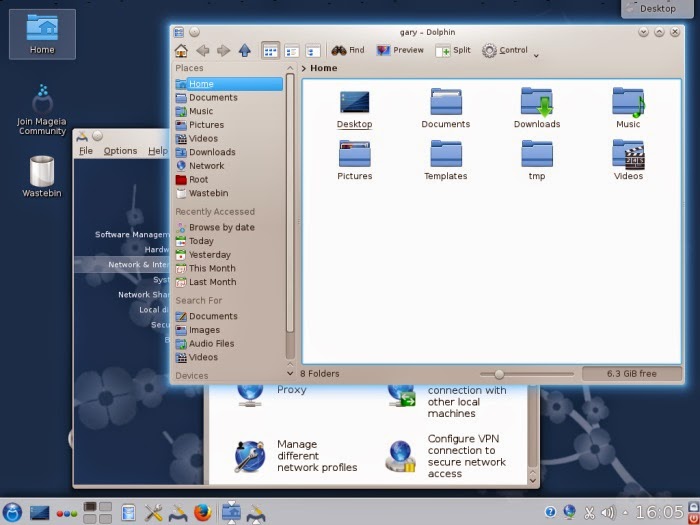 Mandrake Linux started as a fork of Red Hat but with the K Desktop Environment (KDE). As a result, KDE has remained the default desktop all through the years and is the default desktop for Mageia. However, one great feature of Mageia is that the installation DVD actually includes several of the top desktop environments like KDE, GNOME, XFCE, Mate, Cinnamon, and LXDE.

Installing Mageia is straightforward especially if you aren’t creating a dual-boot system. Download the Mageia DVD and burn it onto a disc. Boot the disc and follow the instructions. The initial installation steps cover picking an installation language, accepting the license agreement and selecting a keyboard layout. After that comes the disk partitioning and a way to enable the installation of non-free drivers. 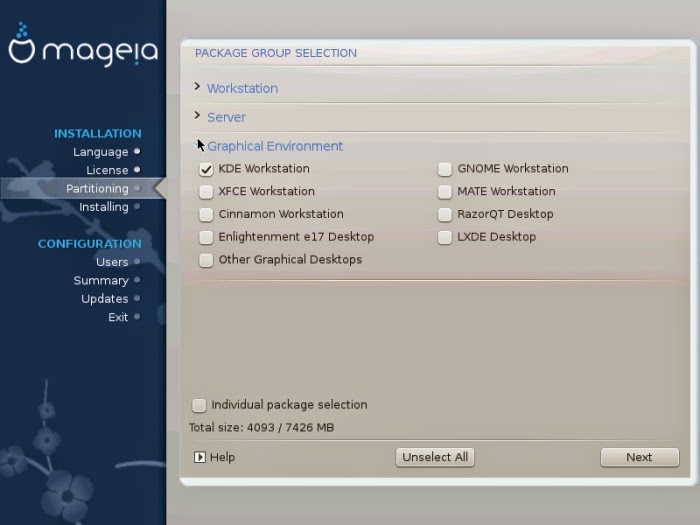 After the files and packages have been copied over to the hard drive, you need to enter some user details (username, password etc.) and after a few more confirmation steps, you will be instructed to reboot.

When the system boots, you will be presented with a login prompt. Enter your username and password. The default desktop (for the first boot) is KDE, unless you didn’t install it. 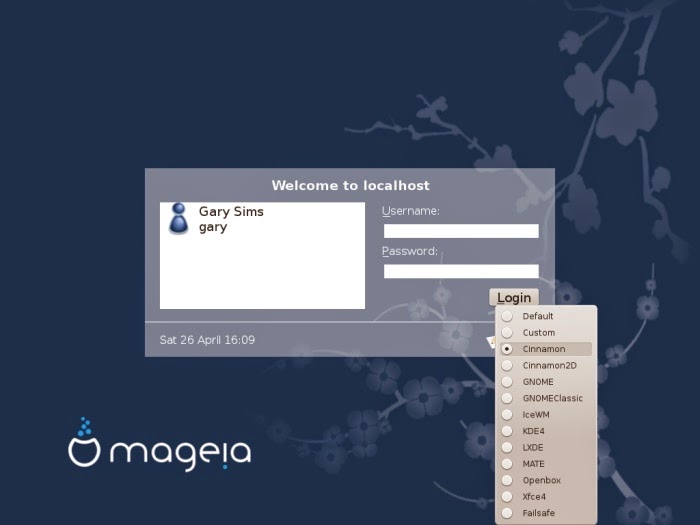 At the login prompt, you can pick an alternative desktop environment. Mageia always remembers your previous desktop choice, so if you opt for something other than KDE, it will become the default desktop for subsequent logins. 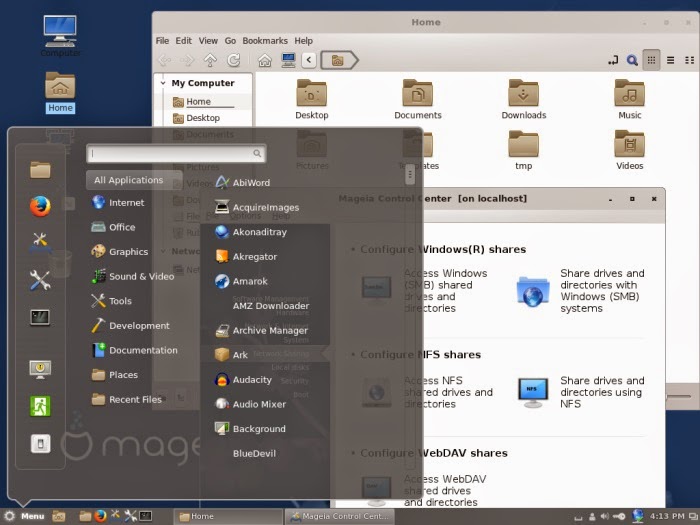 To install other programs and applications, Mageia offers a software package management program called “drakrpm” (notice the “drak” prefix from the Mandrake Linux days). You can either launch it from the command line or access it from the Mageia Control Center (click “Install and Remove Software” in the Software Management section).

The installed software is sufficient for day-to-day productivity tasks. The standard browser is Firefox, and the installed office suite is LibreOffice. WINE isn’t installed by default; however, it is simple enough to install from drakrpm. WINE works well on Mageia, and during my testing I was able to install supported Windows programs without any problems. 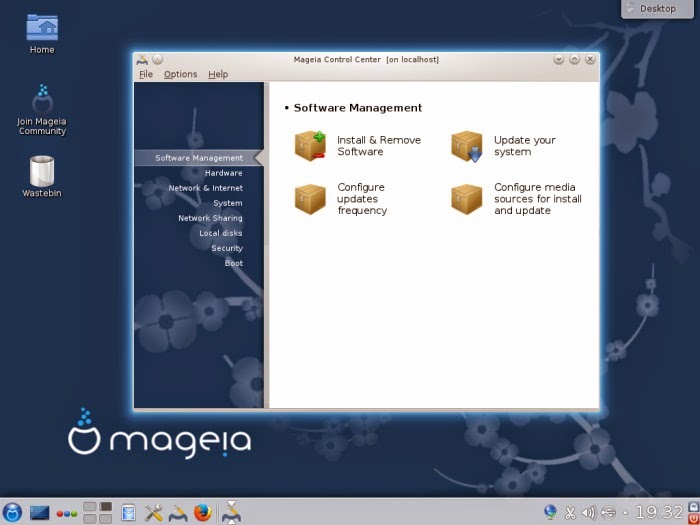 In the Software Management section of the Mageia Control Center, you can also apply any updates available for your system and also configure how the automatic updates work. It is worth checking “Configure media sources for install and updates” to ensure that Mageia is using the online repositories as well as the installation DVD. If needed, add the online repositories via the “Add” button.

At the time of writing, Mageia is listed as the fourth most popular distribution at Distrowatch.com, and it is the highest placed RPM based distro (even above Fedora). The ability to install multiple desktops, plus applications like the Mageia Control Center, certainly make Mageia worth investigating.