How to Play the Hidden Flappy Bird Game on Android Lollipop

We all love hidden games, did you know each version of Android has hidden Easter eggs popped in by bored developers? The latest Lollipop release is no exception. This time it’s a hidden version of possibly the most annoying surprise hit of 2013 a version of the FlappyBird game. 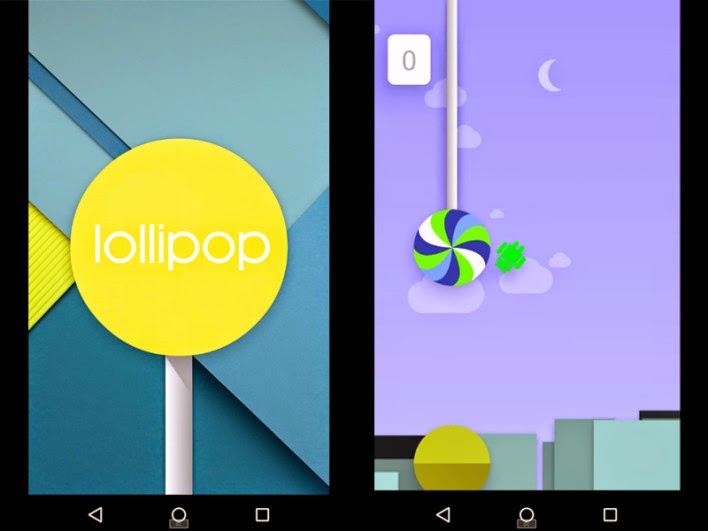 For anyone that spent the last year in an underground bunker, Flappy Bird was a simplistic side scroller created by a small Vietnamese developer. Despite it’s basic graphics, one click controls and extreme difficulty (many players never got past 1 point), it was a runaway hit across the globe. Even more bizarrely, the original creator removed it from the Apple and Google stores after a few months because he felt guilty that he had created such an addictive game that was wasting so much of peoples time. Other sources pointed out that the removal of the game was more likely to be because the developer used graphics of green pipes stolen from Super Mario to act as obstacles. To add to all the strangeness, phones that had Flappy Bird pre-installed then starting selling on eBay for ridiculous prices.

Now you can re-live the experience on any Android device running Lollipop (Android 5.0). Simply go to the Settings page and choose ‘About Phone.’ Tap and hold the Lollipop logo, be patient you may have to wait a few seconds, and the game should then just launch. If it doesn’t launch, try tapping several times on the Android version number and then tap and hold the Lollipop logo. A larger lollipop will rise up and the hidden Flappy Bird game should launch. It’s free to play but don’t expect your phone to now fetch an enormous price on eBay, that horse has bolted.

Although the offending pipes have been replaced with lollipops and the bird is now the Android logo, this one is just as hard (and as annoying) as the original, enjoy the frustration, if you score more than five, you beat me!

How to Play the Hidden Flappy Bird Game on Android Lollipop Harshavardhan Reddy 2014-11-02T20:36:00+05:30 5.0 stars based on 35 reviews We all love hidden games, did you know each version of Android has hidden Easter eggs popped in by bored developers? The latest Lollipop re...
Share this with short URL Get Short URL
AndroidNews