Microsoft’s system chief has said in an announcement that Windows 10 will come as a free upgrade for those who are using Windows 7 and Windows 8.1. This came as a surprise to many, particularly those who are accustomed to having to pay for new versions of Windows every time Microsoft releases a new one. What’s with this change? And is Microsoft really also including pirates among those who can upgrade for free? This sounds a bit generous, so I decided to explore the subject and find out everything humanly possible about it!

Why Make The Upgrade Free?

First off, the upgrade isn’t 100% free. Second of all, to qualify for it, you have to have a compatible device (we’re still not absolutely sure what that is), and you have to have Windows 7 SP1 or Windows 8.1 installed on it. If, for one year after Windows 10 is released, you do not upgrade, you will have to pay for a license. Also, should you be using an Enterprise version of Windows, you will have to pay for your upgrade to Windows 10.

I’m unable to find a comment from Microsoft as to why the upgrade was made free, but it’s very possible that this is an attempt to push people towards the new Windows architecture one way or another. Windows 8 did not see as many sales as its predecessor, hinting at a slow adoption rate. Many of the comments and reviews of the latest iteration of the operating system were neutral at best, negative at worst. Being a slow year for the company in the consumer market, my best guess is that Microsoft figured it could boost adoption by releasing Windows 10 as a free upgrade, hoping that people who were content with Windows 7 will make the switch once they understand that it costs them nothing but a few minutes of their time.

It is also probable that Microsoft may be hoping to gain revenue from selling additional software that runs exclusively on Windows 10, but this is pure speculation.

Is It Really Free for Pirates? 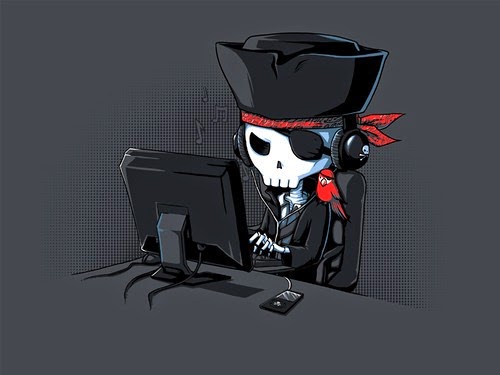 Perhaps what was meant in the “free for pirates” statement by Terry Myerson is that pirates will still be able to use Windows 10 without being locked out of any functionality, but they will not be able to download updates until they get a genuine license.

So, it’s still free, but only as a system that will be outdated by the time a new update rolls in. This particular scheme is something that Microsoft hopes will help it re-engage with potential customers in China; a large percentage of them are currently using unlicensed versions of the software.  However, there is a very clear possibility that this will not play out the way they had planned. Had they wanted updates from any other version (7 or 8, for example), they would have simply purchased the operating systems as well. Now they will have a version of Windows that doesn’t even need to be cracked.

Windows 10 Free! Why? Harshavardhan Reddy 2015-03-25T18:50:00+05:30 5.0 stars based on 35 reviews Microsoft’s system chief has said in an announcement that Windows 10 will come as a free upgrade for those who are using Windows 7 and Windo...
Share this with short URL Get Short URL
Microsoft
TechBuzz