Amber Alerts Are Coming To Facebook, No more missing posts from now

Yes thats true! Since most everyone is on Facebook multiple times throughout the day, it might as well be used for something other than obsessing over what’s going on with your friends, right? On Tuesday of this week, Facebook announced that they will soon begin displaying Amber Alerts in their user’s News Feeds to help abducted children get found as quickly as possible. They’ll be working in conjunction with the National Center for Missing and Exploited Children. 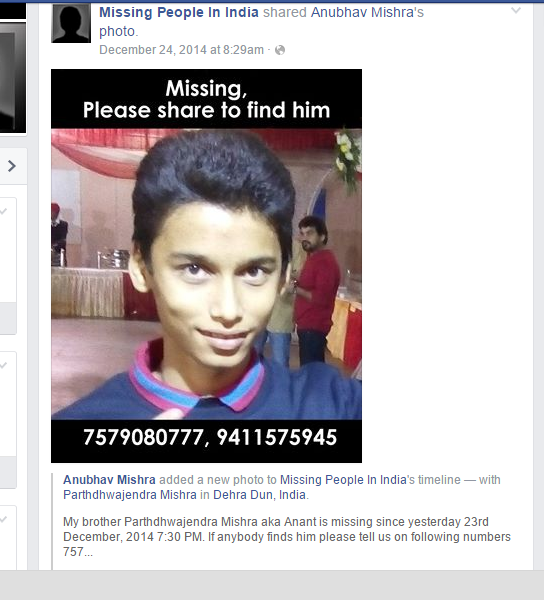 Here’s how it will theoretically work: if an Amber Alert is issued in a Facebook user’s nearby area, the alert will show up in that person’s News Feed. The notification will also post the child’s picture, the suspected abductor’s picture(s), as well as any other pertinent information. Here’s how Emily Vacher, Facebook’s Trust and Safety Manager, explained the new feature: “Law enforcement determines the range of the target area for each alert…The number of alerts people will see depends on how many alerts are issued in their area. Some people may see a few each year, and many people will likely get no alerts at all. The alerts will appear in News Feed, but will not trigger any notifications to a person’s phone.”

This marks the first time that Facebook users won’t have to opt-in to receive the alerts; once started, the Amber Alerts will begin to display in News Feeds.

I for one think this is a great idea, as most everyone uses Facebook and are probably more likely to see an alert there than on their television screen. Whatever helps abducted children come home safe and sound is a great idea in my book. What do you think? Let us know in the comments section below!

Amber Alerts Are Coming To Facebook, No more missing posts from now Harshavardhan Reddy 2015-01-14T23:33:00+05:30 5.0 stars based on 35 reviews Yes thats true! Since most everyone is on Facebook multiple times throughout the day, it might as well be used for something other than obs...
Share this with short URL Get Short URL
TechBuzz