Seagate has released its new generation of Solid Storage Hybrid Drives.  Not only have they just launched new drives for desktops, but they have also released an entirely new line of Solid Storage Hard Drives for laptops.  There are a few different options to choose from when selecting a Seagate drive. 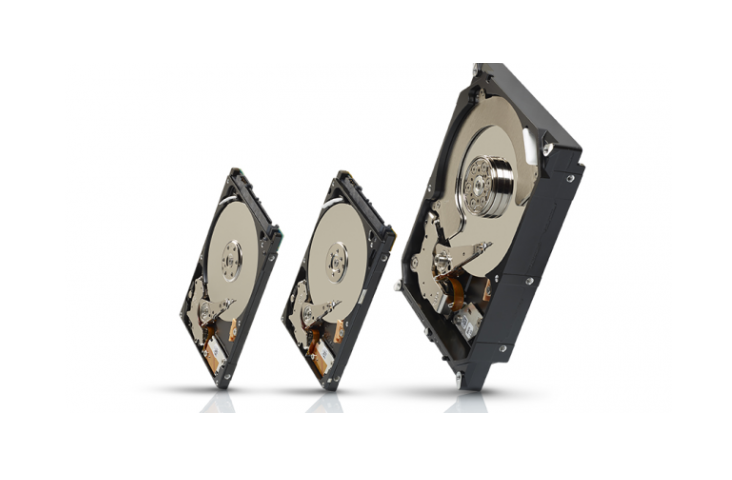 If you want to purchase a desktop drive, you can get it in either 1TB or 2TB capacities.  The Seagate Desktop Solid Storage Hybrid Drives (SSHD) are 3.5 inches with 8GB of the memory capacity consisting of flash memory. The laptop versions of the drives also have 8GB of flash memory. If
purchasing a laptop drive you can choose from either the 500 GB or 1TB options. The laptop drives are 2.5 inches and 7 millimeters thin.
Solid Storage Hybrid Drives offer a lot for a low price.  Seagate’s laptop SSHD is priced at $79 for the 500GB version and $99 for the 1TB version.  The desktop SSHD is also priced at $99 for the 1TB. The desktop 2TB variant is a little bit higher at $149.  As stated on Seagate’s website by Scott Horn, Seagate’s vice president of marketing, “Now consumers can create, store and consume digital content like a pro without having to spend like one.”
Solid Storage Hybrid Drives consist of a small capacity SSD and a regular disk drive.  The regular disk drive allows for generous capacity whereas SSD helps the drive to have quick performance.The combination of these two formats gives the user both speed and great capacity at an affordable price.  In fact, Seagate promises five times better performance with their laptop SSHD than what  you would get with a regular 5,400rpm laptop drive.
Seagate is the largest manufacturer of hard drives and storage solutions in the entire world.  Founded in 1979, their hard drives are used in a variety of computers including servers, desktops, laptops and other devices.

Seagate Introduces New Hybrid Hard Drive Harshavardhan Reddy 2013-03-10T13:58:00+05:30 5.0 stars based on 35 reviews Seagate has released its new generation of Solid Storage Hybrid Drives.  Not only have they just launched new drives for desktops, but the...
Share this with short URL Get Short URL
TechBuzz